Only days to go for purchasing Early Bird tickets for Food On The Edge 2018, with the special, reduced-priced offer due to end on the 31st of August.

A two-day Early Bird ticket for Food On The Edge 2018 costs €300, which includes access to all talks plus lunches and entry to the wrap party. A full price two-day ticket from the 1st of September will be €350.

The global food symposium is taking place on the 22nd and 23rd of October in Galway, Ireland. Organisers say tickets are selling fast, with a sell-out show last year and the year before.

Food On The Edge creator & director JP McMahon said, “I would encourage people to get their ticket early. We have an excellent line-up this year and tickets are going to be in high demand. More names are being announced in the coming weeks, some of whom are highly anticipated and will draw some interesting debate and discussion.”

To mark Food On The Edge being dedicated to the memory of the late Anthony Bourdain, Nathan Thornburgh — his partner at Roads & Kingdoms, the online publication and producers with CNN of the celebrated TV programme Parts Unknown — will speak on the topic of ‘What Food Meant to Anthony Bourdain & Why it Matters’. His talk will provide a reflection on five years of thinking about the future of food, writing and television with Anthony Bourdain.

The Early Bird two-ticket rate for Food On The Edge of €300 ends on the 31st of August, after which the Full Price two-day ticket rate kicks in of €350. Tickets can be purchased online on the official website www.foodontheedge.ie.

The 2018 Food On The Edge venue is the Bailey Allen Hall at the National University of Ireland Galway (NUIG), Ireland. The symposium on the 22nd and 23rd of October will be a mix of 15-minute talks by speakers, panel discussions and hands-on masterclass sessions.

Gather & Gather is a principal partner of Food On The Edge this year, with Estrella Damm and San Pellegrino returning as major sponsors. 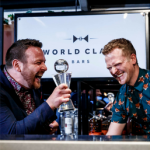 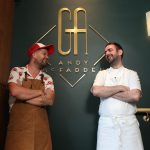