Tartare Café + Wine Bar and Aniar, (both part of the EatGalway Restaurant Group) both won regional awards at Monday night’s All Ireland Irish Restaurant Awards, held at The Clayton Hotel in Dublin.

Tartare Café + Wine Bar, which only opened on Lower Dominick Street in Galway’s West End in October, picked up the award ‘Best Emerging Irish Cuisine’ in Connaught – quite an achievement after only seven months in business. And, it was a night of double celebration for husband and wife team JP McMahon and Drigin Gaffey as Michelin-starred Aniar was named winner of the ‘Best Wine Experience’ in Connaught.

Last night’s awards for Tartare Café + Wine Bar and Aniar are the latest in a long line of successes for the couple.Their other Galway-based eatery, the multi-award winning Spanish restaurant, Cava Bodega, celebrated its 10th birthday earlier this month.

JP McMahon on Aniar’s award; “We have put a lot of effort into creating a wine experience that matches our food. Many of our wines are organic, natural and biodynamic and in keeping with our food philosophy. Zsolt is one of Ireland’s leading sommeliers and this award is very much deserved.”

JP McMahon on Tartare’s award; “I believe that ‘Best Emerging Irish Cuisine’ is one of the most exciting  RAI Awards categories as it showcases the best of up and coming Irish cuisine. This award follows in the footsteps of Aniar, which won the same award in 2013 – we’re absolutely delighted to see Tartare recognised in this way.

It was a great night all round for Galway’s West End with Kai Cafe & Restaurant’s, Jess Murphy, named as All Ireland ‘Best Chef’ – making this part of the city one of the country’s top culinary destinations. Gather Restaurant in Tuam also won ‘Best Casual Dining in Connaught’. 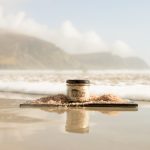 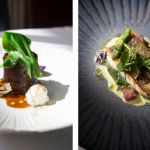