Andy McFadden has designed a special menu which gives a contemporary twist on traditional Irish classics such as Bacon and Cabbage and Irish Stew, incorporating his signature style of refined, modern cooking while retaining the essence of Ireland’s much-loved favourites.

Andy of Glovers Alley said, “We’ve been having a bit of fun creating this special St Patrick’s Day menu by putting a Glovers Alley twist on some of our favourite Irish classics inspired by the seasonal produce of Ireland.”

The cost of the five course St Patrick’s Day Menu is €80 per person or €130 with wine pairings.

Join the conversation on Glovers Alley by Andy McFadden on social media @GloversAlley. 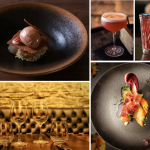 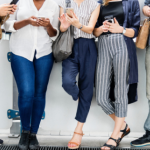