Next year’s Food On The Edge will focus on food stories (#foodstories) from around the world as well as action and reaction prompted by the themes of the symposia to date. 2017 has already exciting speakers confirmed which include Paul Cunningham of Henne Kirkeby Kro in Denmark and Ashley Palmer-Watts, Head Chef at Dinner by Heston Blumenthal, plus other interesting and controversial names planned for announcement in January.

Food On The Edge symposium director JP McMahon said, “Both these chefs have been breaking new ground in the culinary sense for some years now. Paul is at the forefront of modern Nordic cooking. Having trained under Heston Blumenthal, Ashley is someone who really understands both the past and the future of British food. We are excited about welcoming them both to Galway in October.  The momentum we have gathered over the last two years is set to make an impact on a global scale this year and that is something that is very exciting for food in Ireland.”

JP added, “Another 2017 theme is action/reaction [#actionreaction]  – the actions and reactions that both previous speakers and audience members have had in response to Food On The Edge to date. We’ve had stories of wonderful actions that have been born from the seeds of ideas sown at Food On The Edge, and this is important to ensure we are really making a difference.”

These actions will stem from the topics to include sustainability, food ethics, animal welfare, organic farming and seaweed, and the future of Irish food.

A new “Open FOTE” initiative, which is due to be officially launched early next year, is a new element planned for 2017. JP said, “Open FOTE will be an open call to chefs and food industry professionals who would like to partake in the speakers line-up for 2017, and who feel they have something original or important to say based on the themes of the event.” Details of how to submit a proposal for Open FOTE are to be announced early next year.

Book your Super Early Bird Ticket now at the reduced rate of €300 for a 2 day ticket. Includes lunches and ticket to wrap party. Ticket can be purchased at www.foodontheedge.ie. Offer closes 31st December. Early Bird Ticket from 1st January is €350. 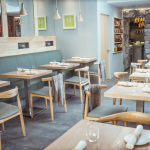 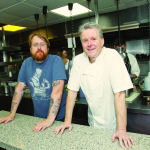 February Sees The First in a Series of Chef Swaps at Aniar Restaurant, GalwayNews