The Kings Head took home the prize for Best Casual Dining in Galway at the Connacht finals of the 2019 Irish Restaurant Awards held at the Radisson Blu Hotel in Sligo on the 26th of March.

Paul and Mary Grealish, owners of The Kings Head, said, “We are absolutely delighted with this win which really is a testament to the fantastic team we have at The Kings Head, and particularly to our Head Chef Brendan Keane who has championed local produce and worked closely with local artisan producers over the last 20 years. This year is a significant one for us as we are celebrating 30 years in business so to be named Best Casual Dining in Galway this year has just been fantastic for us and the whole team.”

The Kings Head is committed to sourcing only the best ingredients grown and produced in the West of Ireland for its day and evening bistro and bar menus, sustainable and organic where possible. The food has expanded considerably over the years but has always been based on the core principle — ‘If it’s fresh, local and in season, it goes on the menu’. 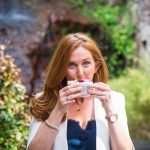