Killian Crowley, Chef de Partie at Michelin star Aniar Restaurant in Galway, has reached the semi-final of the prestigious San Pellegrino Young Chef 2018 international competition, which has attracted thousands of applications from young chefs from more than 90 different countries.

Aniar chef-patron JP McMahon said, “”Our focus in Aniar is to produce the next generation of young Irish chefs. Killian represents the best of what is happening in Ireland at the moment.”

Killian will serve a signature dish of turbot, kohlrabi and sea purslane at the event in London on the 20th of November. He is one of 10 semi-finalists selected from the Ireland-UK region, three of whom are from Ireland.

Killian Crowley said, “The Irish food scene is taking a newer direction. Aniar is the base of this new direction. The amount of amazing products we can find in the West of Ireland locally is for me the reason why the younger generation of chefs needs to be educated in the principle that where we live local, we eat local.”

Killian started cookery school at 15 years old in Belgium. The first Michelin star restaurant he worked in was Clairefontaine in Luxembourg. He then went to Monaco to work for Alain Ducasse in the three Michelin star Le Louis XV, before returning to Belgium to work for Christophe Hardiquest in his restaurant Bon Bon, which after six months won a second Michelin star.

The San Pellegrino Young Chef global talent search is a unique occasion for applicants to meet culinary talents from across the globe, share ideas, come into contact with different culinary cultures and learn.

The jury for the semi-final, which is taking place in Aveqia restaurant in London, comprises leading international chefs including Dublin-based chef Mickael Viljanen of The Greenhouse, as well as UK chefs Angela Hartnett, Alyn Williams and Phil Howard. They will judge the semi-finalists’ signature dishes and select the best dish to take part at the grand final in Milan in June 2018. 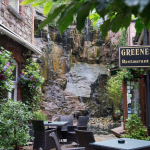 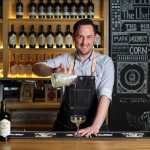 The Universal Shakes Up Galway’s Cocktail Scene With Takeover PartyNews