The stage was set in Galway to host the world’s best chefs this week at the Town Hall Theatre Galway. Chefs and speakers travelled from all over the world to discuss their thoughts on the future of food, how they were making a difference in their restaurant kitchens and how they are inspired to continually do better. The two days, Monday and Tuesday, were jam-packed with each speaker given fifteen minutes to present their ideas.

JP McMahon, restaurateur and Food On The Edge Symposium Director said, “Food On The Edge this year was a hugely successful event. The content presented was very high. The topics were socially and politically orientated towards producing better food. The Artisan Food Village was a highlighted feature  showcasing irish food which was very well received by everyone who attended this year.”

JP McMahon closed out the event yesterday evening with a summary of the common topics that emerged of over the two days: “There are ten main takeaways from this year’s  Food On The Edge –  caring about the food we produce, sharing our culinary heritage as chefs, looking into the past to create the future, the importance of diversity and travelling to make us become true change makers, taking time for mentorship and family, accepting our failings as chefs and people, cooking as a call to act and using food as a form of social change.” JP also stressed the importance of increasing our production and consumption of organic food and seaweed.

Massimo Bottura, the visionary Italian chef, whose three Michelin-starred Osteria Francescana in Modena is number one on the prestigious San Pellegrino World’s 50 Best Restaurants list for 2016, enthralled attendees where he delivered an impassioned talk about his Refettorio Gastromotiva project, which transformed wasted Olympics food into nutritious and tasty meals for the needy during the Rio games last August.

With the bossa nova song Bananas by Brazilian singer Jorge Ben sounding loudly in the auditorium, Massimo began his talk about his Rio soup kitchen “There was no water, electricity or gas. I didn’t know what to do. I was so frustrated.” “We made carbonara by using bananas instead of bacon – we toasted them and made them crunchy. In my mind and my mental palate I had to transform bananas into bacon.”

As Bottura spoke of his project which is close to his heart he said, “I’m emotional. We have to really act and not just talk.  Food and cooking is an act of love but also it’s a call to act.”

Shaun Hill, Pierre Koffman, Daniel Burns, Margarita Forés, Gabrielle Hamilton, Christian Puglisi, Claude Bosi and Niklas Ekstedt were just some the other international names that spoke with passion and conviction on their vision of what the future of food holds.

Dates for Food On The Edge 2017 were announced as October 9th and 10th 2017 with Galway again being the location.

The Food On The Edge team are: 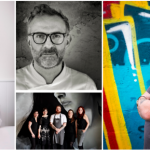 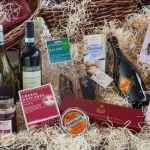