The theme of this year’s awards was the centrality of family and tradition to Ireland’s food legacy.

Breda’s parents Tom and Sheila Butler began making Cuinneog proper country butter in their Co Mayo family kitchen in 1990 armed with creamery cans and a wooden cuinneog (churn) in response to local demand for a flavour that was in danger of disappearing. Today, their daughter Breda Butler runs the family business, supplying the Cuinneog fermented lactic butter and its by-product, natural buttermilk, to supermarkets and speciality food shops nationwide.

According to Aoife Carrigy, chairperson of the IFWG, the passing down of recipes and traditional farming and production methods from generation to generation has been instrumental in helping Ireland’s food legacy to endure.

Speaking at the 2017 awards ceremony in Dublin, Aoife said, “The positive influence that previous generations have had on today’s Irish food sector is remarkable, and emerged as a common defining characteristic of the winners of this year’s IFWG Food Awards.”

The judging process for the IFWG Food Awards is such that no company or individual can enter themselves for the awards. Every member of the Guild is invited to nominate products they believe are worthy of an award. The products must be produced in Ireland and the main ingredient must be Irish grown or produced. The producer must be trading for at least three years. Products are bought and paid for and a formal tasting meeting takes place where members vote, using proportional representation.

Breda Butler of Cuinneog said, “We are truly thrilled with being honoured with this esteemed award. Family and tradition are a founding part of the values at the heart of Cuinneog. We strive to honour the traditions of the generations of butter producers that have gone before us to produce a butter that is the very best it can be in terms of taste, texture, and of course Irish-ness.”

Cuinneog lightly salted butter gets its distinctive colour, creamy texture and complex, long-lasting flavour from the traditional production process, which takes four days from start to finish. The cream is slowly heated and fermented, then churned in the traditional way, after which the buttermilk is separated. The butter is then shaped, cut and wrapped by hand.

The Cuinneog range is the choice of some of Ireland’s top chefs and best restaurants including Michelin star restaurants Chapter One in Dublin, Aniar Restaurant in Galway and OX in Belfast, as well as The Lodge at Ashford Castle and the Idle Wall in Westport.

At the awards ceremony in two-Michelin-star Restaurant Patrick Guilbaud, each winner’s produce was incorporated into the celebratory menu, with a dessert dish of Cuinneog Buttermilk Ice Cream with Pear and White Chocolate Café au Lait.

The award-winning Cuinneog range is produced on the Butler family farm near Castlebar, Co Mayo, in the west of Ireland.

Cuinneog won three gold stars in the Great Taste Awards 2015 when the country butter was listed in the Top 50 Foods, and was recognised by the Euro-toques awards in 2010. 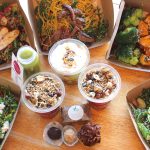 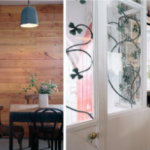 ARD BIA – An Icon of Irish Food and DesignNews