Less than 2 weeks to go for purchasing the Early Bird tickets for Food On The Edge 2017, with the special, reduced-priced offer due to end on the 31st of July.

A 2-day Early Bird ticket costs €350, which includes access to all talks plus lunches and entry to the infamous wrap party. Organisers say tickets are selling fast, with a sell-out show last year and the year before.

Food On The Edge director JP McMahon said, “I would encourage people to get their ticket early. We have an excellent line-up this year and tickets are going to be in high demand. More names are being announced in the coming weeks, some of whom are highly anticipated and will draw some interesting debate and discussion.”

Major international names announced for this year’s Food On The Edge include cult chefs and stars of the Netflix series Chef’s Table, Nordic chef Magnus Nilsson of Fäviken, Slovenian chef and winner of 2016 Best Female Chef in The World Ana Roš of Hiša Franko restaurant, plus trailblazer Niki Nakayama, owner of n/naka restaurant in Los Angeles.

The official hashtags for Food On The Edge 2017 are #ActionReaction and #FOTE2017 and a new  video released this week explains why you need to be there  “#FOTE2017 – Will You Be There?”. 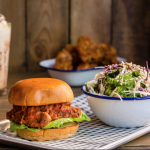 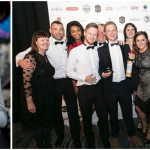