For the first time ever in Ireland and UK over 40 of the best international chefs and 350 attendees each day will converge for a two day symposium consisting of talks, presentations, networking, entertainment and knowledge sharing.

Food On The Edge is the brainchild of JP McMahon, owner of the EatGalway restaurant group which includes Michelin-starred Aniar Restaurant in Galway. JP is also the “Cook It Raw” Ambassador in Ireland, which has seen him attend and participate in international food events in USA, Mexico, Finland, Canada and other countries. It was through this involvement that the idea for “Food On The Edge” was sown.

“Through Cook It Raw, I met many amazing, innovative chefs from all over the world. They are at the top of their game, many of them Michelin-star and often double Michelin-star standard. Their drive to constantly test boundaries with food and food sustainability and then share that knowledge is inspirational.” said JP, “Many have never been to Ireland, let alone Galway, so given the beauty of our rugged location and the food provenance we have here it was an easy task to ask them to speak at Food On The Edge and visit.”

Speakers and attendees confirmed for the event reads like a who’s who in the restaurant world. Flying in from San Francisco, Mexico, Singapore, Denmark, Sweden, Spain and many other places not least, the UK, they are coming to converge, speak and attend the event.

Albert Adria, recently crowned best pastry chef in the world by World’s Top 50 Restaurants, will travel from Spain to attend and speak. Daniel Clifford, the UK chef who is best known for his work at the two Michelin star restaurant Midsummer House and winner of the 2012 and 2013 series of the BBC’s Great British Menu will join the discussion on the Future of Food.

Matt Orlando, from Amass in Copenhagen, will speak about the responsibilities of chef in terms of sustainability while 2 star Michelin chef Tim Raue, Berlin, will speak about the complexities and simplicities of flavour and food harmony. There are over 40 speakers in total, a heady impressive list that will have attendees leaving Galway inspired and far more knowledgeable on global food trends and the future of food culture.

“Spending our time in the pressured environment of a busy kitchen can, if we are not careful, drain creativity and leave chefs isolated in terms of what is happening globally in the world of food. We guarantee that anyone attending Food On The Edge will be engaged, excited and inspired by the calibre of our speakers and the topics of discussion. We also have evening events and a gala dinner in which to network and meet the speakers” said JP.

The main talks will be held in a marquee tent located in Galway city centre.Tickets are available for one day and two day admission with the two day ticket inclusive of the evening event, Tuesday 20th, taking place in Electric Garden.

Fine Dining Lovers is the web media partner. The site will be documenting the run up to the event with interviews and coverage of preparations, as well as coverage of the event itself. The organisers are grateful for the sponsorship of San Pellegrino, La Rousse Foods, Galway City Council, Galway County Council and Failte Ireland who were quick to come on board to support this ground-breaking event. Media and supporting partners are Sunday Business Post, Egg & Chicken food projects and Food PR and Marketing.

Director of Food PR, Olivia Collins said ‘Food PR have been working with JP McMahon since 2010, this is the boldest and most exciting campaign to date. We have already secured international media interest and have a jam packed content and PR strategy being rolled out”. 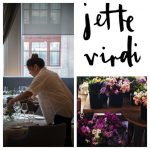 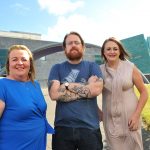 Food on the Edge Announce Culinary Student InitiativeFood on The Edge