Food on The Edge is a coming-together of top international chefs and food innovators to talk, debate & network over 19th and 20th of October in Galway.

JP McMahon said, “We launched this initiative as encouragement for aspiring chefs and culinary arts students to attend this important event. The speakers are flying in from all over the world to inspire, inform, excite and converse about the real issues in the restaurant and food trade on a global level. Food On The Edge will give us unprecedented access to these thought leaders and we feel it’s important that those studying culinary arts in Ireland are present and engaged in this conversation”.

Speakers and attendees confirmed for the event reads like a who’s who in the restaurant world. Flying in from San Francisco, Mexico, Singapore, Denmark, Sweden, Spain and many other places not least, the UK. There are a total of 39 Michelin stars being represented by speakers.

Cait Noone, Head of of College of Tourism and Arts said “Food On The Edge is not about cooking and food demos, it’s about prolific, forward-thinking chefs from all over the world coming to talk to us and share their views on the future of food and food culture. I believe our food culture is not yet fully evolved and to have this event being held not only in Galway but in Ireland with the opportunity to be influenced by people like JP and the chefs involved is hugely significant. We, as part of GMIT, are delighted to be part of it”.

The student ticket initiative gives students with a valid Student ID card, a two-day ticket which is normally priced at €350 for €300. The two-day ticket also includes entry to ‘Over the Edge’ closing party and dinner on night of 20th. 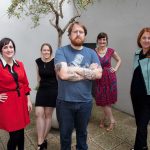 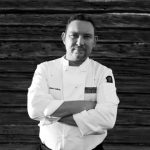 Ireland has always fascinated one of the World’s Best Chef’s, Albert Adriá, but he’s never been.Food on The Edge