The official 2016 launch of Food On The Edge   in Copenhagen on 25th April. The symposium creator and director, JP McMahon will launch this year’s event at Amass Restaurant in Copenhagen surrounded by Nordic chefs Matt Orlando, Christian Puglisi and Sasu Laukkonen.

Last year’s event, held in Galway on the west coast of Ireland in October, welcomed world renowned Nordic chefs including Icelandic chef Gunnar Karl Gíslason, Danish chef Mads Refslund and Swedish chef Mikael Jonsson. They joined with 40 of the best international chefs at the Food On The Edge symposium, which included talks, presentations, networking, entertainment and tastings in the heart of Galway City in the west of Ireland.

JP McMahon said, “The first Food On The Edge was an incredible, almost surreal experience. Each chef was given the opportunity to deliver topics that centred on the future of food – they discussed their ideas, shared their fears, their dreams, their dreads and regrets from their careers. There was a core theme, however, which resonated strongly across the two days and that was ‘responsibility’. Responsibility in the way we source food, waste food, fish for food and supply food was passionately debated.”

The first official 2016 speaker will be Peruvian chef Diego Muñoz who will deliver a talk at the Copenhagen launch on the sustainability of the fishing industry. He said, “It’s really important that chefs move out of the kitchen to research in order to understand the production process. It’s about time that we kept a close eye on our natural resources, they are the core of our gastronomy. For me, it’s the farmers and producers who are the new leaders of the gastronomical movement, and we as chefs need to work and interact more closely with them. The future of food and it’s sustainability are core themes of Food On The Edge and ones that I am passionate about.”

There is a number of exciting Nordic chefs already confirmed for this year’s Food On The Edge symposium including Swedish chef Magnus Ek of Oaxen Krog which in a few years has become one of Sweden’s most renowned gourmet restaurants also chef Christian Puglisi who opened restaurant Relæ in Copenhagen, awarded its first Michelin star in 2012. Christian will speak in Ireland in October and will create some of the snacks for the launch event next week.

Matt Orlando, chef and owner of Amass Restaurant started his cooking career in San Diego, California at the age of 15 and worked his way up the ranks, becoming Head Chef in Noma before opening Amass in 2013. Matt attended and spoke at Food On The Edge last year: “Food On The Edge encourages us to take a look at the bigger picture by asking us the question – how will we be cooking in the future and with what kind of ingredients? It gives us a fantastic opportunity to network and debate important food issues, ideas and concepts with our peers from around the world. We’re excited to be hosting the launch event which kicks off the 2016 Food On The Edge activities”

Food On The Edge 2016 takes place in Galway on 24th & 25th October with the exciting line-up continuing to build. Talk by Diego Muñoz, the first speaker of FOTE 2016, will be available to view on the Food On The Edge website from May 9th.

The Launch of Food On The Edge 2016 will take place in Amass Restaurant, Copenhagen on Monday 25th April at 7pm. Snacks by Matt Orlando, Christian Puglisi, Sasu Laukkonen & JP McMahon. There will be an introduction to Food On The Edge followed by a talk by our first speaker of FOTE 2016, by Diego Muñoz on Fish & Sustainability. 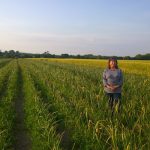 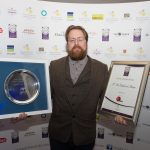