Galway County Council was named the winner of the national Promoting Economic Development Award for the Galway, West of Ireland European Region of Gastronomy (ERoG) project at the Chambers Ireland Excellence in Local Government Awards 2018 announced on Thursday the 22nd of November.

There were five local authorities shortlisted for the Promoting Economic Development Award.  Galway County Council’s European Region of Gastronomy project was declared the winner for being the project that has best enhanced economic development in their respective local authority, and that has delivered innovative projects to support the local economy.

Alan Farrell, Director of Services for Economic, Rural & Community Development for Galway County Council, said, “This award is of significance to Galway County Council and acknowledges the hard work and dedication that has been applied throughout the year around the European Region of Gastronomy designation — by the council as lead partners, and the work and collaboration of a wide range of public, private, educational and community stakeholders that is bolstering the project’s success. This collaboration is driving wider economic development such as the BIA Innovator Campus and festivals and events through our key objectives.”

Mr Farrell continued, “The economic benefits of such work are wide and varied. The county’s food industry is flourishing, with the involvement of skilled farmers, growers, producers and chefs. Businesses work with one another, as seasonality is seen as key to many restaurants’ menus. This makes for a symbiotic relationship within the community, with each business gaining mutual benefit from working together.”

Ian Talbot, Chief Executive of Chambers Ireland said, “Once again, this year’s awards have proved to be a timely reminder of the tremendous work being done by Local Authorities, as well as what these Authorities contribute to and within their respective communities and how essential their role is across many different facets of Irish society today. The highest of congratulations are due to the 16 category winners, but also just as importantly, the people who made all these projects and activities happen.”

For more information about Galway, West of Ireland European Region of Gastronomy, see the official website www.galwaygastronomy.ie and follow @gastronomy2018 on social media. 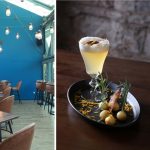 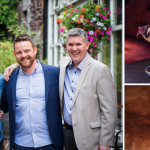