It was a bonanza weekend for eight Galway artisan food producers who between them took home sixteen Blas na hÉireann Irish Food Awards announced at the Dingle Food Festival, Co Kerry on the 6th of October, with representatives from Galway, West of Ireland European Region of Gastronomy also in attendance, along with the Gastronomy Van, to champion the County Galway food community at the event.

Programme co-ordinator for Galway ERoG Elaine O’Donohue said, “I would like to thank Dingle Food Festival for welcoming Galway, European Region of Gastronomy to this highlight of Ireland’s artisan food calendar and for giving a whole host of Galway-based food producers the opportunity to showcase their exceptional produce. We are very proud that Galway took home sixteen Blas na hÉireann awards from Dingle this year and we would like to congratulate all of the Galway-based winners and shortlisted producers.”

Sliabh Aughty Honey, which is a raw and 100% Irish honey produced near Loughrea by a family of beekeepers, also received a Silver award in the Sweet Sauces, Preserves & Pantry category.

Kylemore Abbey & Gardens, meanwhile, also took home a Silver award for its Traditional Brown Bread Baking Mix, as well as winning two awards for its chocolate which is handmade by the Benedictine nuns, with its Coconut Chocolate bar taking Silver and its Dark Chocolate bar receiving Bronze.

Ivy House Chocolates, which are handmade in Loughrea, took home a Silver for its Collection of 12 Handmade Chocolates.

Now in their 11th year, the Blas na hÉireann Irish Food Awards is the biggest competition for quality Irish produce on the island of Ireland. The judging system involves blind tasting entries, with more than 2,500 products entered into the 2018 competition to win Gold, Silver and Bronze awards in more than 100 food and drink categories.

For more information about Galway, West of Ireland 2018 ERoG, see the official website www.galwaygastronomy.ie and follow @gastronomy2018 on social media. 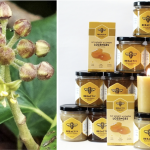 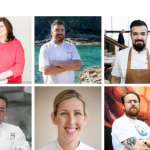 Only One Week to go until Food On The Edge 2018Client News, Food on The Edge