The honey is produced by Irish honey bees feeding on ivy flowers. The small green flowers open from September to November until the first hard frost of the year. Conan McDonnell and Michael Geary — both scientist-beekeepers who together founded Limerick-based BeeActiv Premium Honey & Bee Products — have conducted scientific research that indicates the presence of saponins in ivy honey from Ireland. Saponins are chemical compounds in ivy which are linked to helping clear viscous mucus and improve breathing in the lungs.

BeeActiv Raw Ivy Honey also became the recipient of the illustrious 3 Star Great Taste Award in August 2018 for being of exceptional quality. Out of 12,634 products that were judged, less than 2% achieved a 3-star accolade.

Conan McDonnell said, “Our wild ivy honey is collected with great tenacity by Irish honey bees foraging in the autumn and the unique properties of the plant are imbued in what we consider to be this delicious, magical honey. There have been many scientific studies into the healing and curative benefits of ivy. These have mostly centred around the use of ivy as either an anti-inflammatory or to treat respiratory diseases. The latter has gained the most acceptance in modern herbal medicine. That, coupled with the recognition we received at the Great Taste awards this year, shows our honey is both remedial and a tasty accompaniment to all sorts of food, or simply taken by itself.”

BeeActiv also has a range of lozenges which contain the raw ivy honey with soothing menthol and a natural lemon flavour. The 100% Irish sourced, unpasteurised BeeActiv Raw Ivy Honey and BeeActiv Ivy Honey Lozenges with Menthol are available from fine food stores nationwide, including Brown Thomas, Avoca and Fallon & Byrne, along with nationwide availability across all good independent health food stores. The products range is also available online at www.ivyhoney.com/honey-shop. 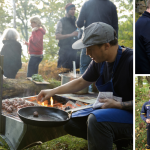 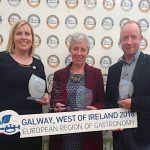