NUIG Announced as Venue for Food On The Edge 2018

The Bailey Allen Hall at the National University of Ireland Galway (NUIG) has been announced as the venue for the 2018 edition of the internationally esteemed symposium Food On The Edge, which is taking place on the 22nd and 23rd of October.

This is the fourth consecutive year of Food On The Edge, which attracts the world’s top chefs and food leaders who gather together to present and discuss topics relating to the event’s ‘future of food’ big-picture theme.

JP McMahon, founder-director of Food On The Edge, said, “I am delighted that this year’s Food On The Edge will take place on the historic grounds of NUIG. It’s a wonderful symbiosis to bring some of the world’s best chefs to a site of education compounds our aims: education and the future.” 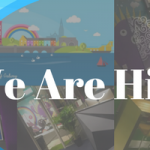