The Esquires Coffee chain is undergoing a rapid growth period in Ireland as evidenced by the opening of four new Dublin-based stores in the past eight months and a fifth store planned for the capital on Talbot Street in first quarter of 2017.

“An estimated total of 70 new jobs will have been created by the opening of the five new stores and as our tagline ‘Love Local’ suggests, we are a community-based coffee house chain and very much subscribe to employing and keeping jobs locally wherever possible. As a franchise we have an advantage over corporate chains insofar as we have owner operators in our stores who live local and have a genuine commitment to the area which undoubtedly helps the local economy as well,” according to Kealan O’Connor, Area Franchisee.

The latest store opening at Findlater House, 28-32 O’Connell Street, in October marked the second city centre location, with 16a O’Connell Street, next door to the Savoy Cinema, having opened earlier this year in March. Dublin’s Southside welcomed an Esquires Coffee store in Blackrock Shopping Centre in August, shortly after the opening of a Kilbarrack store on the Northside in July.

Tony McVerry, M.D. Esquires Coffee in Ireland, said, “We’re obviously delighted with our growth to date and we anticipate a very exciting 2017 for the chain which is testament to the Esquires brand strength. Each store is unique and designed accordingly; we are not into the cookie cutter approach. Franchisees and customers alike love our cutting edge design and this coupled with our philosophy of only promoting 100% organic Fairtrade coffee and artisan wholesome, healthy, hearty natural food keeps us very much ahead of our opposition.”

Esquires Coffee is part of New Zealand-based Cooks Global Foods, a publicly listed company on the New Zealand Stock Exchange. Esquires Coffee cafés operate on a global business and can be found as far apart as China, Indonesia, Middle East, Canada and Britain with exciting plans to enter the U.S. market in 2017.

There are eight other Esquires Coffee stores in Ireland in addition to those in Dublin City in Carrick-on-Shannon, Clonmel, Longford, Swords, Mullingar, Drogheda, Navan and Galway.

Esquires Coffee sets itself apart from other franchises in the following key areas:

Tony McVerry has the following advice for anyone thinking of opening a café: “On the face of it, running a café may look easy but it is a very tough business with a very high failure rate. If you have no previous experience you need to seriously consider taking out a franchise. It doesn’t necessarily have to be with Esquires but with a reputable franchisor. There are always risks in starting a new business venture but by taking out a franchise you are helping to minimise the risks. Today, more than ever, the young generation are into their brands, thus independent cafés are finding it very difficult to survive. By being aligned to an international franchise like Esquires who have a worldwide presence helps greatly in ensuring that all the latest trends and new innovations are available to its franchisees.”

There are 12 Esquires Coffee stores in Ireland in the following locations: Carrick-on-Shannon, Clonmel, Longford, Swords, Mullingar, Drogheda, Navan, Galway,  28-32 O’Connell Street Dublin, Kilbarrack Dublin, Blackrock Dublin and 16a Upper O’Connell Street Dublin. A thirteenth store is due to open at Talbot Street Dublin during the first quarter of next year. 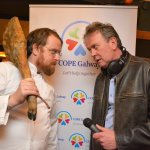 Test your food and music knowledge at charity table quizNews 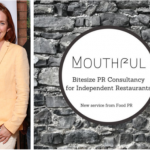