Davide Scabin, tells us why he’s looking forward to attending Food On the Edge 2015. He said “I’ve always wanted to visit Ireland, but I’ve never had the chance to do it until now. I’ve heard great things about the produce and the people and I really look forward to visiting.”

Food on the Edge is a two day symposium for chefs & food enthusiasts all around the world. It is a coming together of chefs to listen, talk, debate and network over two days in Galway.  Open to the public.  19th & 20th October 2015 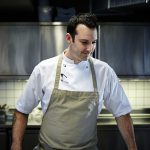 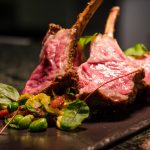